In Izmir Cultural Workshop which is realized under the leadership of Izmir Metropolitan Municipality on 24th October 2009, with the attendance of Izmir people and scientists, artsists and intellectuals, a new vision of improvement is determined. The vision has three bases. First one is Izmir to be a city of innovation and design to provide progress in the future; the second one is Izmir to be open to abroad and to improve the vision through relationships with big cities of Mediterranean. Third one is to provide the vision in democratic and participatice practices. Izmir Metropolitan Municipality has formed Mediterranean Academy as a department which will support the vision determined in Cultural workshop and realize the “Izmir, Mediterranean’s city of culture, art and design.

The academy, working hard with the sharers to make real Izmir vision and providing support for the strategy of globalizing Izmir, will expand horizons both for the city and the country.
Academy’s first facility area will be improving cultural and historcial activities. New vision means new history. Reforming the thought activities in this field, Academy will move the capacity in Izmir universities.
The strategy that Izmir is a design and innovation city is the second activity field in Mediterranean Academy. On 31st May 2011 Design Forum is organized and first step is taken in this subject. In order to achieve the design city, the design forum get into the conclusion that two conditions should be developed.  First condition is increasing the design capacity in Izmir and the second is increasing the awareness and demand in design.
In the discussions in the design forum, design process of Izmir is also brought forward as well. Coast Design Project was come to birth from within these discussions.
Third field which the Academy will enhance the activities is organic agriculture and ecologic settlement design. The reason why the topic is one of the most necessary is that the man power of Izmir Metropolitan Municipality that can work in this field, high potential of Izmir in agriculture,  possible contribution which Izmir can give world sustainability.

In today’s world, the economies compete with one another through big cities. For that reason, management of big cities not only give service to their citizens, but also undertake leading role of their cities in competing in the field of economy. Thus, the variety of function has been reflected to the local government law of Turkiye.

İnalcık was born in Istanbul in 1917 and he is one of the prominent names of the Turkish historiography. He graduated from Ankara University Language, History and Geography Faculty in 1940. He started working as an assistant in the department of Contemporary History of the same faculty and he completed his doctorate with the thesis titled “Reforms and Bulgarian Problem” in two years.

He became a professor in 1952 and İNALCIK lectured in Language, History and Geography Faculty and Faculty of Political Sciences between 1956 and 1972. When he retired in 1972, he was invited to Chicago University. He lectured as a professor in the History Department of the University for 11 years between 1972 and 1983.

He was chosen as member of Turkish, Serbian, American, English and Albanian Academies. He received many awards including Repuclic of Turkey Ministry of Foreign Affairs Distinguished Service Medal, Presidency Culture and Art Grand Award, Ministry of Culture Art and Culture Grand Award and also Grand National Assembly of Turkey Grand Award. He has been working at Bilkent University since 1993.

HIS PROJECTS AND THE SCIENCE INSTITUTIONS HE FOUNDED

1. When Halil İNALCIK started working on kadi registries in 1950’s, he appealed to Museums General Directorate in Ankara for the registries which were found in dust and dirt and in a pile thrown away in a cell in Green Madrasa by Sultan I. Mehmed (1413-1421), to be put in order. This archive goes up to Fatih era and it is the oldest Ottoman Archive. These registries have unique value. General Director accepted his proposal of forming an organized archive from these registries. The registries were sent to Istanbul. They were bound and put in order. They were set in good order in a special archive in Bursa Archeology museum. And they have been put into service of researchers.

2. After the II. World War, in parallel with development of social and economic history researches in the world, İNALCIK founded International Association for Social and Economic History of Turkey which he thought it as a platform where Ottoman History would be researched on the base of these Dynamics, where the results would be presented to science world, and where historians, who are interested in the subject, would come in a regular basis.
and he, as the head of this union, presided 10 international congresses called International Congress on the Social and Economic History of Turkey. Dates and places of these congresses are:
Hacettepe Universitesi, Ankara (1977)
Strasbourg Universitesi, Strasbourg (1980)
Princeton Universitesi, Princeton (1983)
Munih (1986)
Istanbul (1989)
Aix-en-Provence (1992)
Heidelberg (1995)
Bursa (1998)
Dubrovnik (2001)
Venedik (2005 )
Viyana (2010)
3. The other Project INALCIK undertook is The History of the Scientific and Cultural Development of Mankind which was published by UNESCO. This work was planned as seven volumes. He, together with Prof. Peter Burke from Cambridge University, was assigned as the head editor of the fifth volume which comprises the years of 1500-1800 of this work. The book was Published in 1999. (History of Humanity-Scientific and Cultural Development: From the Sixteenth to the Eighteenth Century, London: Routledge, 1906).

Research Project / Istanbul History according to Ecclesiastical Registries: He started a new Project on evaluating city archive which contains about ten thousand books from Istanbul Ecclesiastical Court registries collections for Istanbul History in 1980’s. (This archive was placed in a special building of Office of Mufti of Istanbul. This archive was organized as a result of increasing interest in Islamic sciences and Islamic Law in II. Abdulhamid (1876-1905) era. It was attached to Shayk al-islam. This archive is primarily important not only for Istanbul History but also for general Ottoman city, craftsmen, trade, and law history.) Prof. İNALCIK came together with Prof. A. Kuran, Prof. Z. Toprak for this purpose. He sought ways to establish an institute or a foundation. Committee became larger when Prof. N. Atasoy joined into it. Establishing a foundation or an institute was planned. Because of the difficulties in obtaining financial sources, realizing the Project delayed a while. In the end, it was decided with the attempt of Prof. Atasoy that the Project would be started as a Project attached to Istanbul University Literature Faculty Art history center. The Project has been maintained with Sabancı University – Packard Humanities Institute (PHI) partnership since 1999. the first book of the Project was published with the title Istanbul Court Ecclesiastical Registry no:121 (prepared by S.N.Aykut, Istanbul, 2006)

5. Halil İnalcık founded Center for Ottoman Studies in Bilkent University in 2003. Halil İNALCIK donated copies of documents and books which he collected from different archives for years, research texts which were not completed, more than 1000 offprints and other materials to this center. It will be put into use of researchers in the center where classification Works have been carried out in the near future. Yalova Municipality Halil İNALCIK Research Institute

THE WORKS WHICH HE FOUNDED AND EDITED

Archivum Ottomanicum (The Hague, 1969, founder with T. Halasi-Kun)
Ottoman Research Journal (Istanbul, 1980, with H. Lowry ve N. Goyunc)
History of Scientific and Cultural Development of Mankind, Book: V (History of Humanity- book, with V. P. Burke)
Ottoman Empire and Its Heritage, Editor: with Fraqhui (Leiden: Brill, 45 books have been published since 1998 in these series)
Ottoman Civilization, 2 books (Istanbul: Ministry of Culture, 2001, the work has also been published in English)

SCIENTIFIC JOURNALS WHICH HE ATTENDS THE EDITORIAL BOARD 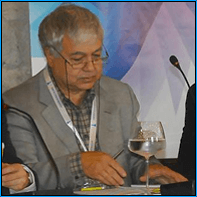 He was born in Izmir, in 1937. He completed his primary and secondary education in Izmir. He graduated from Istanbul Technical University Constructional Engineering Department.

He is the founder and member of Executive Committee of World Academy for Local Government and Democracy(WALD). He is the founder-head of Turkey Economic and Social History Foundation. He was a member of General Board of Council of Higher Education between 2004 and 2008.
TEKELİ has more than 50 books, more than 400 articles and conference notifications in different languages. He won many awards in the field of Social Sciences. He has lots of works in the fields of city and regional planning, planning theory, macro geography, migration geography and political behavior, local governments’ theory and history in Turkey, urbanization and urban policy, economic policy, economic history of Turkey, city and society history since 1964. 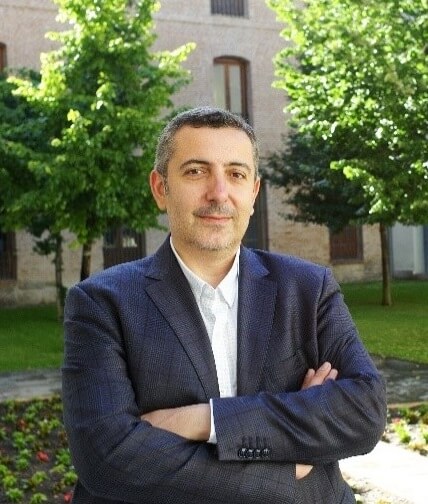 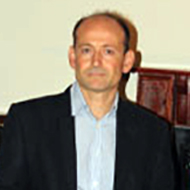 ADA finished Saint-Joseph High School. he completed Ankara University Faculty of Political Sciences International Relations in 1977, he finished his postgraduate education in 1979 and finished his doctorate education in 2004. He became a research assistant in the university between 1979 and 1984. Then he worked in Private Sector as Senior manager and marketing manager (in the fields of trademark, product, design and international distribution)
ADA is , Istanbul Bilgi University Culture Management (bachelor degree and postgraduate) Program and Stage and Performing Arts Management bachelor degree Program Coordinator, design Culture and management and Fashion Management (certificate) Program Director and SantralIstanbul Founder-director.

He wrote column the “Thin/Long” in Radical newspaper weekly and trials and critics on different fields of art and culture between 1996 and 2010. ADA wrote in magazines such as History and Society, Notebook. He collected his poems in the book called İlan-ı Siir (Yapı Kredi Publishing, 1995), His doctorate thesis which he completed in 2004 was published with the name “Hatay Problem in Turkish-French Relations” (1918-1939) (Istanbul Bilgi University Publishing, 2005). he got doctorate degree in the field of Image arts in April 2010. Ada knows English, French, Italian and Spanish. 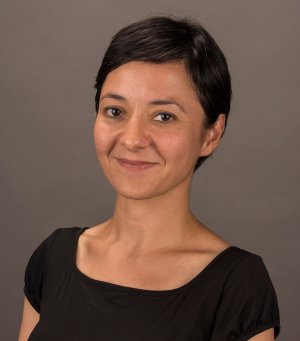 Elif Kocabıyık received her B.E. degree in the field of textile engineering at Ege University in 2000, and her M.Sc. and Ph.D. degrees in the field of industrial product design at Izmir Institute of Technology (IZTECH) in 2004 and at Istanbul Technical University (ITU) in 2012. She worked as a research assistant at IZTECH and Izmir University of Economics (IUE) between 2001 and 2005. She was a visiting researcher at Sheffield Hallam University, UK (SHU) in the academic year of 2008-2009. She has been working as a lecturer at the Department of Industrial Design in IUE since 2005. She is a member of 4T-Design and Design History Society. She is the Chairperson of the Industrial Designers’ Society of Turkey (ETMK) Izmir Branch since 2016. She serves as World Design Organization (WDO) Community Liaison for the 2017-2019 term for Turkey.

Her research interests include design history, design culture, design research methods, digital humanities and basic design. She works on everyday objects with a specific interest in packaging from an evolutionary perspective in design. She has conference papers/presentations and articles, has been part of the organization of international conferences and has edited proceedings such as “Agrindustrial Design Conferences” in 2005 and 2012. She has worked in design projects at IZTECH and IUE-EKOTAM (Design and Research Centre). Recently, she worked as one of the coordinators in Izmir’s bid for World Design Capital (WDC) 2020, and coordinated the World Design Talk (WDT), “Co-living Izmir”, in 2018. 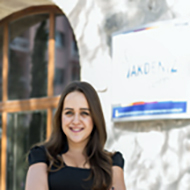 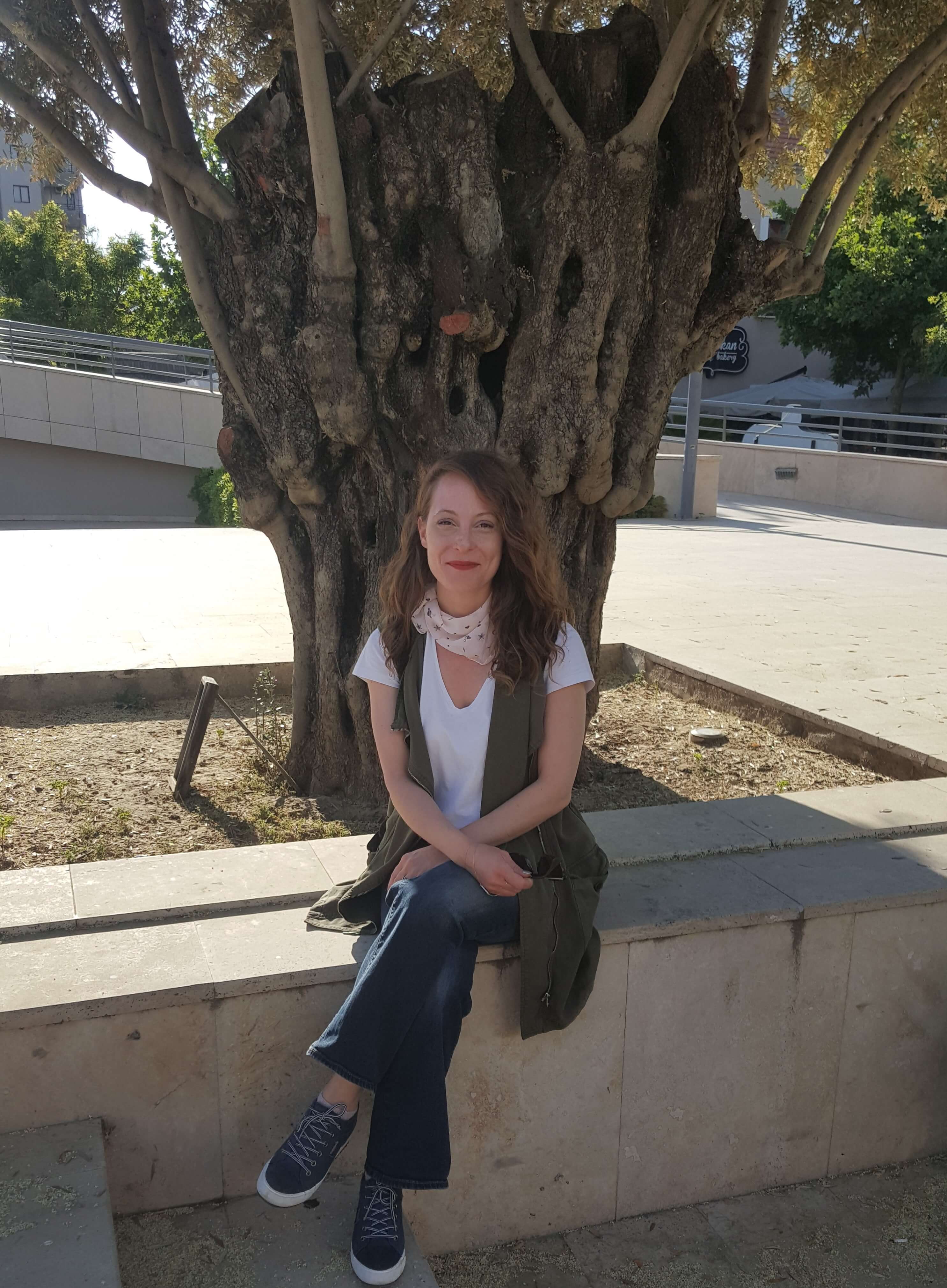 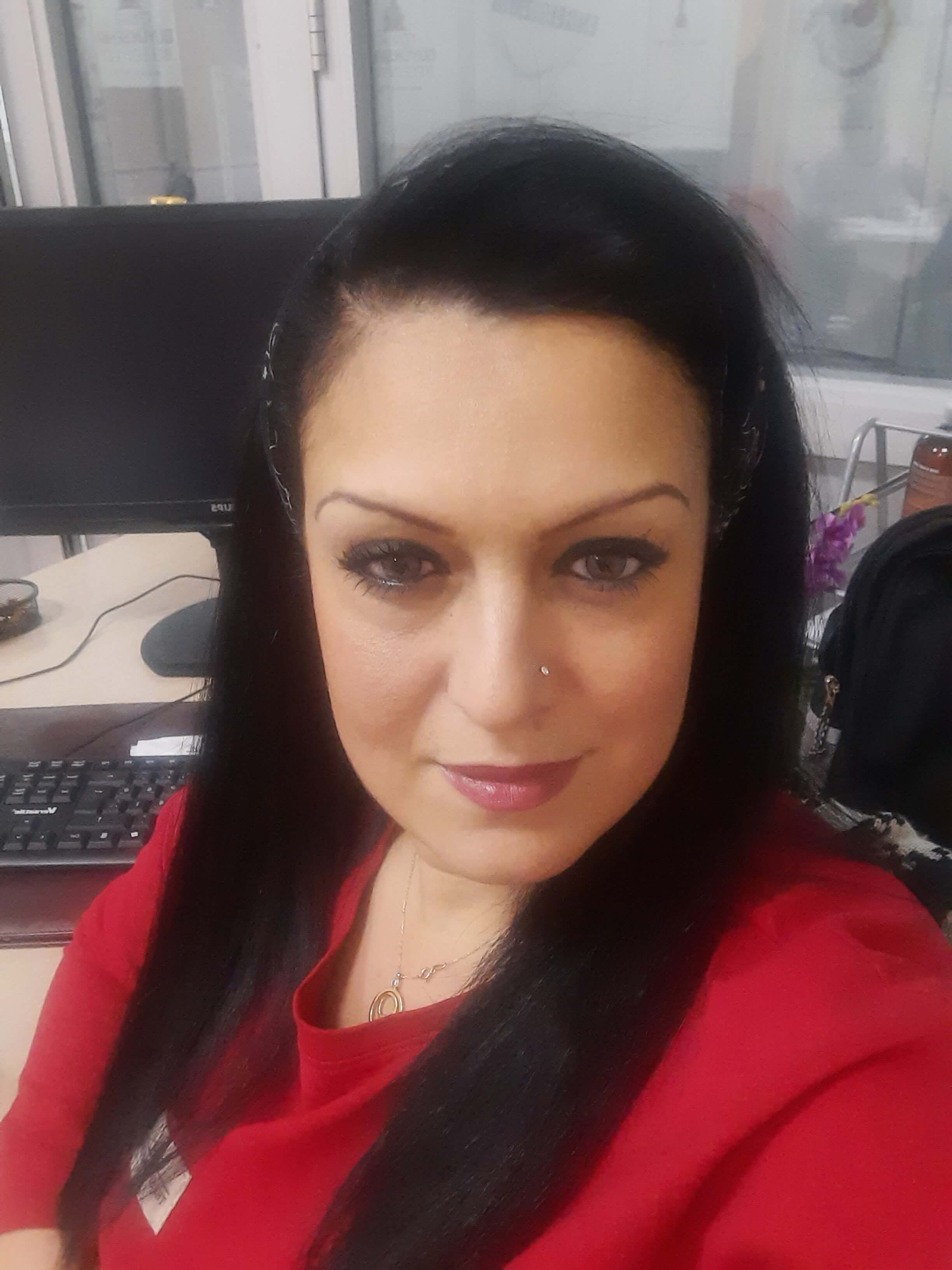 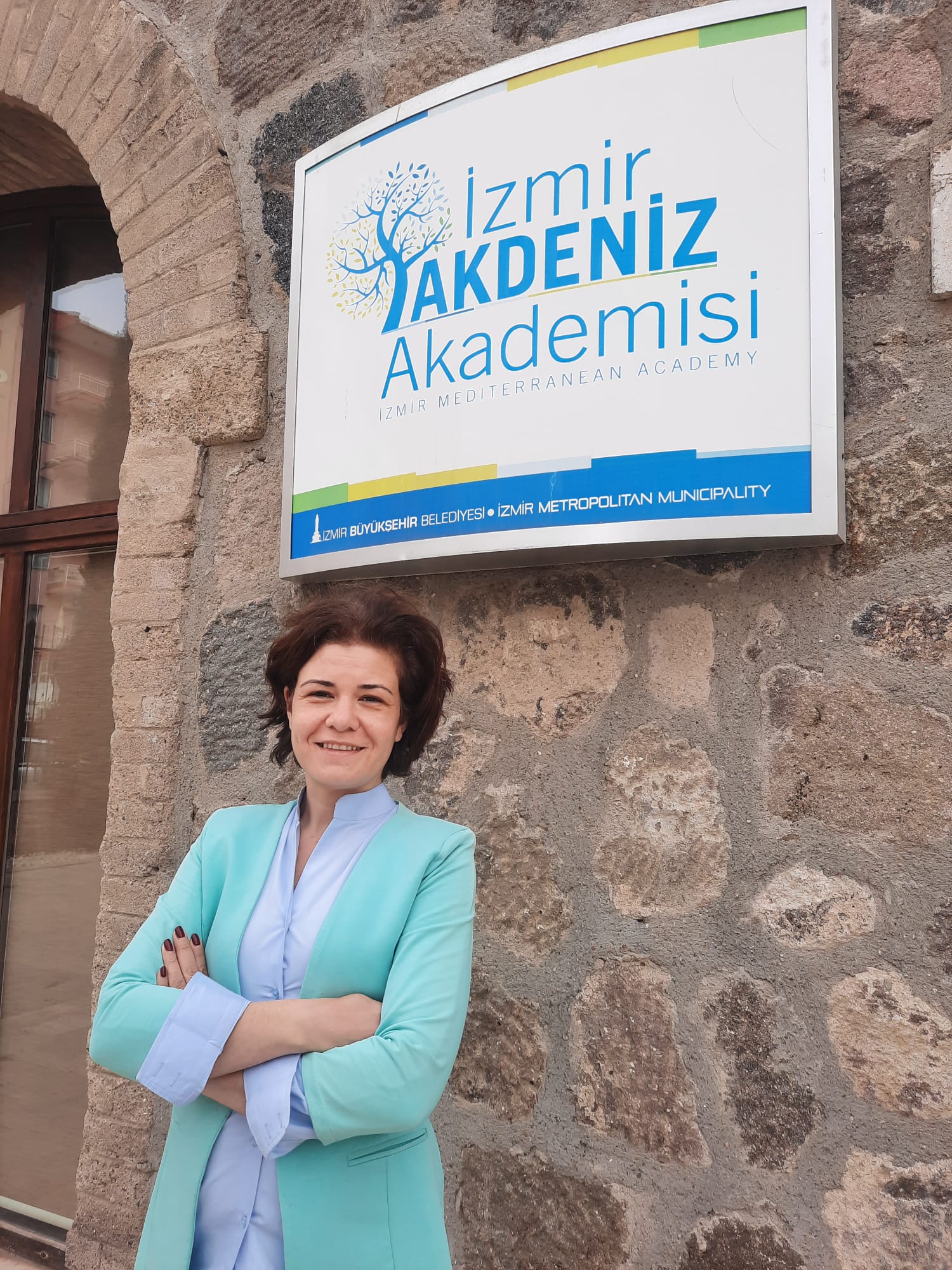